Was the collapse of the World Trade Center due to fire or controlled demolition? 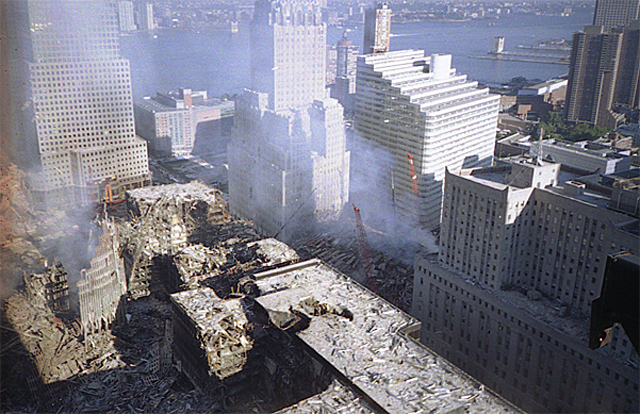 In this article, the two main arguments used to support an alternative explanation of the collapses of the World Trade Center 1, 2, and 7 are examined to see if they are logically consistent.

Conspiracy theorists point to one factor, how buildings are constructed. They believe that only high rises, built with steel, can be considered.

The common factor in favor of the “fire argument” is that the buildings must be constructed in the same fashion:

All fires develop in the same way if the buildings on fire are steel-framed high rises.

Problems with the ”Fire Argument”

This is obviously false for the following reasons:

Even if an event has not happened yet, it still does not mean that it cannot happen. There is a first time for everything including where a building of a specific type collapsed due to fire.

It is important to point out that the official explanation does not conclude that the World Trade Center 1 and 2 collapsed due to fire alone: The collapses were due to a combination of the severe damage of the towers, when the planes hit, and the subsequent out-of-control fires. The intense heat weakened the supporting columns resulting in the buckling of the columns, where the planes had hit. The tremendous pressure from the top floors then initiated the collapse, and the buildings were destroyed.

The ”fire argument” is thus a mix of a strawman argument and a false dilemma argument.

Conspiracy theorists do not consider how buildings are constructed.

The common factor in favor of the ”controlled demolition argument” is that buildings just have to be buildings:

All buildings behave in the same way if the buildings are being destroyed by controlled demolition.

Problems with the ”Controlled Demolition argument”

This is obviously false for the following reasons:

Even if something looks like something, it is not evidence that it is the case. The argument is also weakened by the inclusion of controlled demolitions where the buildings were not steel-framed high rises.

On their own, each claim is overly simplified, logically inconsistent, and contrary to the facts.

Combined, the claims nullify each other: If you insist on a specific type of building, you cannot ignore the building type the moment after.

Participate in the debate about this subject on Facebook.