On September 11, 2001, at 10.28 AM, 1 World Trade Center, North Tower, collapsed after burning for about 102 minutes because the tower”s steel columns, damaged by the plane that hit the tower, gave in to the heat from the fire.

It is estimated that 1,366 persons, who were over or at the place of impact or otherwise did not make it down, died as a result of the collapse. In addition, hundreds of rescuers died in and around the building.

The collapse of the tower also caused severe damage to the surrounding buildings, including 5, 6 and 7 World Trade, as well as infrastructure such as water supply and subway stations. 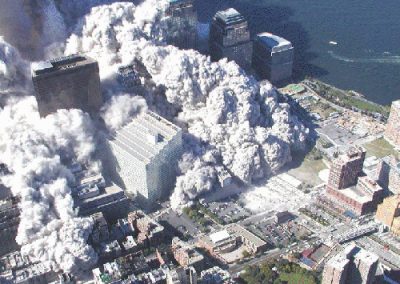 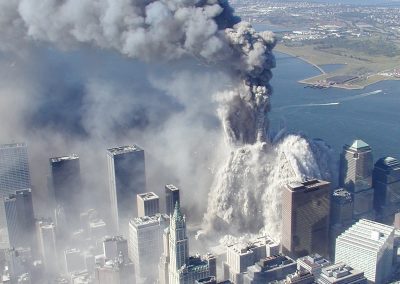 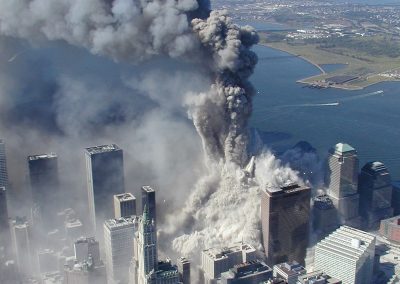 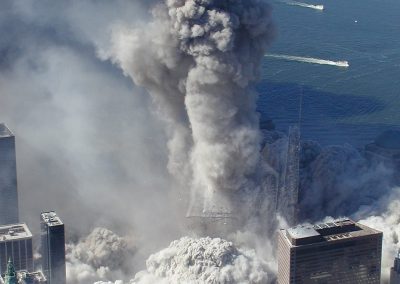 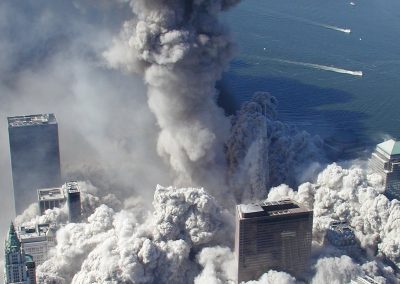 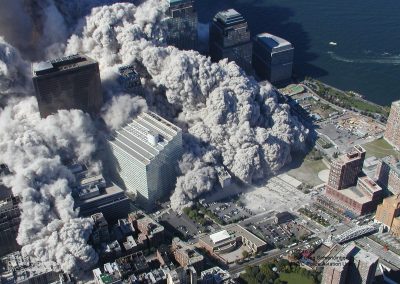 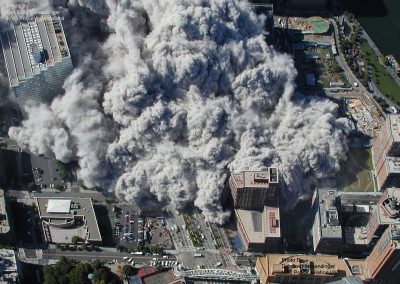 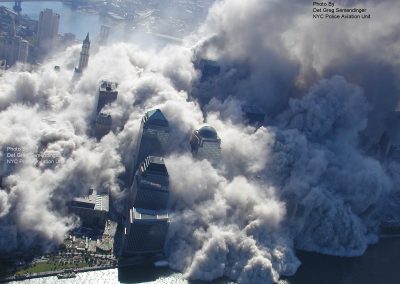 The collapse of 1 World Trade Center.