It is possible to smuggle explosives through security 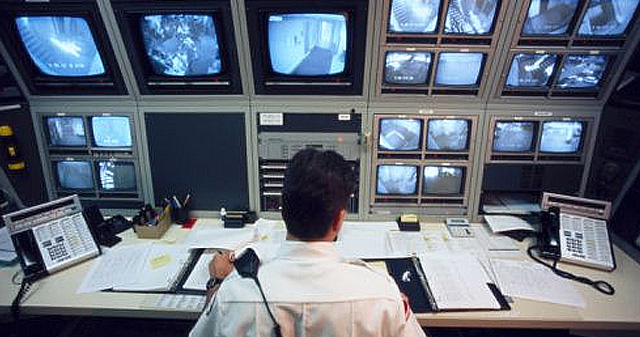 It is possible to smuggle explosives through security0.

An article in The Washington Post describes how, in 2009, American security agents from the Government Accountability Office (GAO) succeeded in smuggling materials for small bombs through security in ten important government buildings. The agents then put together the small bombs and walked around with them, unhindered1.

The article is used by the Truth Movement to support the claim that, leading up to September 11, 2001, huge quantities of explosives and top secret military-developed nanothermite were placed in the World Trade Center 1, 2, and 7. It is argued that, since agents in secret can smuggle materials for explosives into federal buildings, there is nothing that prevents the World Trade Center 1, 2, and 7 from being destroyed by controlled demolitions.

“Might this be considered circumstantial evidence in response to the claim that bombs could not have been planted unnoticed in the WTC?” 0

One of the hard lessons we all learned from the terror attack on September 11, 2001, is that it is incredibly difficult to protect ourselves from terror attacks, simply because terrorists typically have relatively simple plans.

A controlled demolition is, on the other hand, an operation that cannot be carried out in secret, and certainly not when it is a question of placing 10-100 tons of explosives and top secret military-developed nanothermite in buildings with many thousands of people on a daily basis.

The GAO report speaks of small bombs, which could be carried by individuals. These bombs would have far less explosive force than what is needed to destroy the three skyscrapers completely. It is a very far cry from the 10-100 tons that the Truth Movement claims were used to destroy them

Controlled demolitions are not single persons smuggling material for small bombs through security, and then stroll around with them concealed about their persons. Controlled demolitions are operations that require a large team of experts with unrestrained access to the whole building, where the experts can unhindered estimate where the explosives should be placed, drill holes in the construction, pull wires, and place the explosives themselves in the exact right amount. When all is done, you push the button and blow up the building, with the well-known rhythmic bangs as the signature feature.

We are talking about two quite incomparable situations.

The GAO report merely confirms that if security is to work as intended, you must first and foremost consider the human factor as your top priority. All security experts know that the weakest link is always the human factor. It is not news that contraband can be smuggled through security: Just consider the large amount of illegal drugs that move across borders. But even if a lot of narcotics slip through, a number of smugglers are nevertheless caught every day.

It would have taken weeks, probably even months, to smuggle 10-100 tons of explosives and top secret military-developed nanothermite through security. At some point, someone would have been caught or in other ways spotted. The whole operation would be blown, long before the operation could be carried out.

The Truth Movement thus sticks to the claim that it was possible, through a prolongued period, to smuggle 10-100 tons of explosives and top secret military-developed nanothermite through security, without the latter being involved.

This is in direct conflict with another fundamental claim by the Truth Movement, namely that the four planes were not hijacked. This claim is very much based on the assumption that it was not possible to smuggle small, dangerous, weapons through security (at the airposts), after which the terror attacks could be carried out. But the GAO report demonstrates that it is not particularly difficult to carry out a terror attack, as long as you go “below the radar”, and not cause any concern during your planning: Few people, using small weapons, and a simple plan.

You can fool some people some of the time, but you cannot fool all people all of the time.

A quite different point, often overlooked, is that, while there are no witnesses who have seen anything extraordinary in the days, weeks, and months leading up to September 11, which fits the theory that explosives and nanothermite had been placed in the buildings, there are also no reports of anyone seeing anything ordinary, like repair crews over a prolongued period, or strange, unidentified personnel crawling all over the place, creating disturbances for those working daily in the office spaces.

Contrary result
It is ironic that the Truth Movement uses the GAO report as an argument for a government conspiracy, intending to enforce stricter and stricter control and limiting personal freedoms, until the alleged conspirators finally have changed society to a police state. For if we are to believe the Truth Movement that small terror weapons the size of small briefcases can be smuggled through security but also gigantic weapons, up to 100 tons, can likewise be smuggled in for weeks without anyone noticing, the situation must be far worse than the GAO report shows. In effect, the Truth Movement is arguing in favor of even stricter security and limitations on personal freedoms than the GAO report warrants.