The United States Navy was deployed at Afghanistan 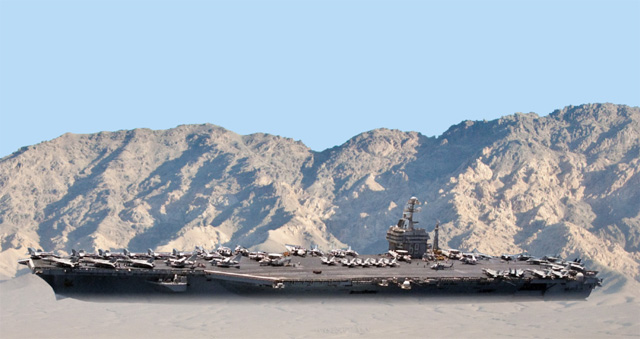 The United States Navy was deployed at Afghanistan prior to September 11, 20010.

The claim is made by a member of the Danish Truth Movement, Brian Gideon1, on July 26, 2013. The claim indicates that the United States of America already had planned to attack Afghanistan before the terror attack on September 11, 2001. This can mean two things, depending of which main conspiracy theory is believed: Brian Gideon does not provide any sources for his claim, but something could point to the claim originating in an article on WhatReallyHappened.com, a motley web site dedicated to all kinds of conspiracy theories. The article in question is titled “The Afghanistan War was Planned Months Before the 9/11 Attacks”2 and consists solely by selected news clippings from various sources:

The source3 from March 15th, 2001, describes an assumed decision by India to join a coalition with Russia, the United States of America, and Iran to counter the military threat from the Taliban, which at the time controlled Afghanistan. The decision was ostensibly triggered by the conquest of the city of Bamiyan by Taliban forces. Bamiyan was the crucial connection for supplies between the capital, Kabul, and the Taliban troops in the northern part of Afghanistan. There is also a link to an article4 on Executive Intelligence Review, a mouthpiece for Lyndon H. LaRouche. Jr. LaRouche is an extremist pundit and conspiracy theorist, who has often made extremist statements, sometimes of an anti-semitic nature. He denies that he is an anti-semite, but describes himself as an anti-zionist. This particular article does not deal with the situation in Afghanistan but describes a possible nuclear war, started by Israel, and a secret plan to invade Sudan by a coalition of the United States of America and the British monarchy.

The source5 from June 26, 2001, mentions a possible limited effort by American and Russian military, in case the economic sanctions against the Taliban rule in Afghanistan did not force the Taliban to change their course. India and Iran would in that case participate in the effort with military support but not participate directly.

The article 6 is from September 18, 2001, a week after the terror attack. A former diplomat from Pakistan claims that the United States of America had planned an attack on Osama bin Laden and the Taliban prior to the terror attack. This attack should take place in case the Taliban did not hand over Osama bin laden to the United States. The attack should also remove the Taliban. Uzbekistan was also supposed to participate in the attack, while Russia would have 17,000 troops ready.

The article 7 describes how President Bush was ready to sign detailed plans to fight al Qaeda world-wide two days before the terror attack. The plan did not merely comprise of military actions but also diplomatic negotiations. It was possibly due to these plans that the United States could respond so quickly after the terror attack. The article ends with a couple of quotes that support the above.

Afghanistan is landlocked. It would be quite an achievement to get the United States Navy to be deployed “at” Afghanistan: 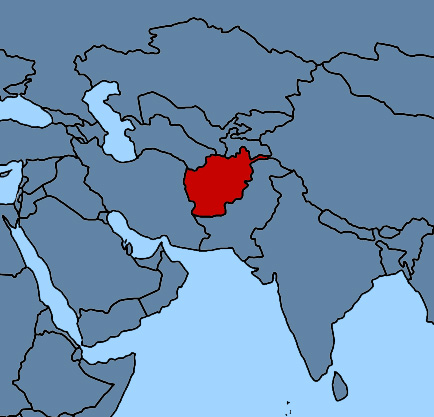 The United States has had a military presence in the Middle East for decades both land bases and warships. In the years following the first Golf War in 1991, it became clear to the American military that a permanent fleet would be required. That resulted in the formation of the 5th Fleet in July 1995. The fleet consists of a string of warships patrolling the Persian Gulf, the Red Sea, the Arabian Sea, and around the Horn of Africa8.