There was heavy rain for six days after the terror attack0.

The claim, made by e.g. Niels Harrit0, is used to support a central claim, namely that huge quantities of explosives and top secret military-developed nanothermite were placed in the World Trade Center 1, 2, and 7 prior to September 11, 2001. Allegedly, the nanothermite melted the metal in the buildings leaving lakes of melted metal on Ground Zero where the buildings collapsed. The claim suggests that the amounts of melted metal were so large that even heavy rain could not cool them down. It is suggested that something caused this heat to last and that this could only be nanothermite.

It is not correct that heavy rain poured down on Ground Zero for six days after September 11, 2001. Precipitation for September1: 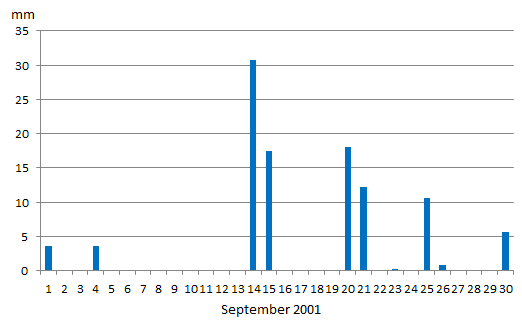 Precipitation was normal for September, but far less so for October-December1, 2: 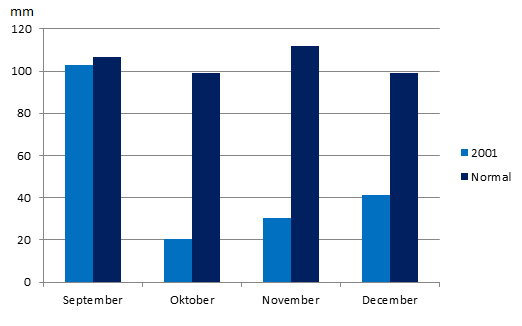 The data shows that New York City got a nice shower both on September 14th and 15th3. This is interpreted, by Niels Harrit, to be six whole days of heavy rain. Either Niels Harrit has not investigated the matter himself and relies on false information or he is deliberately exaggerating.