Osama bin Laden is trained and paid by the CIA 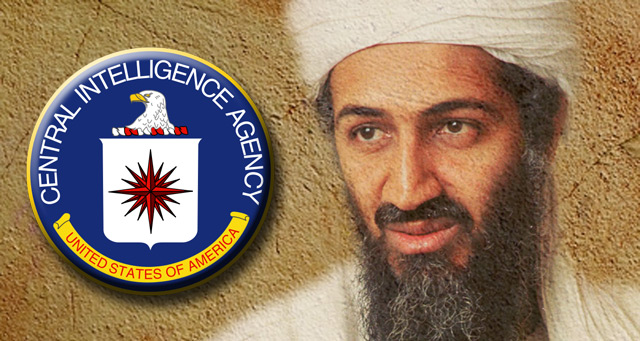 Osama bin Laden is trained and paid by the CIA0.

The claim is used to argue that Osama bin Laden was working together with a powerful U.S. conspiracy which protects him.

After the Soviet invasion and occupation of Afghanistan in 1979, and the decade that followed, Osama bin Laden together with other Muslims were increasingly involved with the fight against the Soviet military forces. The fight was primarily fought by Afghan forces, on many levels, where increased guerilla activity was only part of it. Some Arab organizations and persons also got involved, Osama bin Laden being one of them, with building small groups within the country. He was originally sent on missions to Afghanistan to construct roads and buildings, but he also worked as a fundraiser, something he turned out to be really good at.

It is true that the U.S. decided to support certain of the groups that were fighting against the most important enemy of the U.S. at the time, the Soviet Union. The invasion of Afghanistan came as a shock to the U.S. and the West. It was the first time since the Hungarian rebellion in 1956 and the rebellion in Prague in 1968 that the Soviet Union had resorted to military intervention. The response from U.S. in particular was harsh, e.g. with the boycott of the Olympic Games in Moscow the following year. During the decade of Soviet occupation of Afghanistan, the U.S. instigated different methods to influence the outcome. Certain Afghani groups received support both financial and military such as Stinger missiles, intelligence operations and other tactical counter measures, always seen in these shadow wars.

The Afghan rebellion forces themselves were opposed to interference from Arab groups. They regarded the small Arab groups in the country as annoying and did not wish that they would get a share of the support they themselves so desperately needed1.

Osama bin Laden needed neither training nor money from the U.S. Apart from his skills as a fundraiser, he had substantial funds which he distributed generously. Very early in his career in various Muslim organizations, some of which he helped start, others which he became a participant of, he built a reputation as an extremely generous man. He often covered all expenses for hundreds of supporters at a time.

It is self-contradicting to claim that Osama bin Laden and al Qaeda was trained and paid by the CIA to carry out the terror attack on September 11, 2001, and at the same time claim that neither the man nor the organization were behind the terror attack.