Analysis of a petition: Avaaz.org 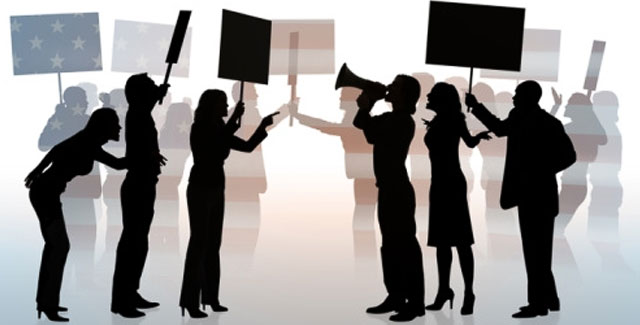 This article takes a closer look at one of the numerous petitions started by the Truth Movement following the terror attack on September 11, 2001. The object is to ensure what the movement calls an “independent investigation” of the events on that day.

The petition was started on May 7, 2012, by an anonymous person calling himself “Mark G.” on Avaaz.org, a website dedicated to petitions. Currently (May 20, 2012), 387 people from all over the world have signed0.

The Danish Truth Movement, i11time.dk, describes the initiative as:

The appeal to sign the petition is given as:

Building 7 of the World Trade Center, a 47 story building, contained offices of the CIA, the Secret Service, the Securities and Exchange Commission (SEC) several financial institutions and then-Mayor Giuliani’s Office of Emergency Management.

Despite never being hit by an airplane, Building 7 was reduced to a pile of rubble in about 7 seconds at 5:20 p.m. on September 11, 2001. After 9/11 this fact has been widely covered up by the U.S. mass media and was even omitted from the 9/11 Commission Report. 0

It is left out that Building 7 at the time of the collapse had been burning for more than seven hours, the fires had not been fought, due to lack of water, and it had been decided earlier in the day to let the building collapse, since it had previously been evacuated and the rescue effort could be focused on the collapsed towers, where there was still hope of finding survivors and wounded.

Next, the American media is accused of participating in a widespread cover-up of the collapse of Building 7. This is false. The collapse of the building has been thoroughly covered in numerous news articles and television segments. Whether the coverage has not been thorough enough is a personal view and cannot be used to claim that the media is willingly participating in a conspiracy.

NIST, the National Institute for Standards and Technology (a U.S. government agency) was authorized by Congress to determine “why and how WTC 7 collapsed.” NIST produced a preliminary draft of their final report in August, 2008 omitting the fact that Building 7 fell at free fall acceleration for part of its descent. After a physicist challenged NIST on this point the final report, in November 2008 admitted free fall acceleration for 105′ or 2.5 seconds.

NIST wrote, “A more detailed analysis of the descent of the north face found . . . (2) a freefall descent over approximately eight stories at gravitational acceleration for approximately 2.25 s . . . .” (Final Report on the Collapse of World Trade Center Building 7, NIST NCSTAR 1A, page 48) 0

Central parts of the paragraph have been left out:

“The observed descent time of the upper 18 stories of the north face of WTC 7 (the floors clearly visible in the video evidence) was 40 percent greater than the computed free fall time. A more detailed analysis of the descent of the north face found three stages: (1) a slow descent with acceleration less than that of gravity that correspond to the buckling of the exterior columns at the lower floors, (2) a freefall descent over approximately eight stories at gravitational acceleration for approximately 2.25 s, and (3) a decreasing acceleration as the north face encountered resistance from the structure below. 1“
(bold signifies the excluded text)

The following has been excluded:

Additionally, it is strongly hinted that NIST was forced to admit that the whole building collapsed in free-fall for 2,5 seconds. This is not the case: NIST makes it clear in their report that only a part of the northern façade falls in free-fall, on 2.25 seconds (and not 2.5 seconds, as claimed).

However NIST claimed that this was consistent with their own fire based collapse theory which alleged that the entire collapse began because column 79 became laterally unsupported and buckled due to heat. 0

It is obvious that this objection is invalid since the above exclusions fully explain NIST’s conclusion.

NIST has refused to disclose their entire computer model and this column 79 theory was not based on any hard evidence.

It is correct that NIST has not made its computer models available to the public. The reason is not that they have something to hide, but simply that it is not customary for any organizations, governmental or private, to make expensive software freely available.

It is not correct that the theory of column 79 is not based on hard evidence. NIST meticulously sifted through the debris of Building 7 in order to identify and investigate various parts of the construction and base their computer models on those.

Further on, it is said:

NIST has already admitted the scientific fact of free fall acceleration in Building 7. This is remarkable! Now we ask that NIST tell what this means: that the entire building structure below for at least eight floors was removed just as Building 7 began to fall. Does this not imply use of explosives? We petition for a response. 0

The claim of free-fall of the entire Building 7 is repeated, where eight floors are claimed to have been “removed” when the building began to collapse. This is in conflict with the already described.

The petition finishes off with the following torrent:

This may give a very different understanding of what really happened on 9/11.

The reason this matters in 2012 is that the U.S. continues to kill countless people in the so called war on terror all based on the assumption that the World Trade Center attacks were done solely by Muslims. Muslims would not have had the access to Building 7, the equipment, the knowledge of the sophisticated process of controlled demolition nor the time to arrange it.

I want peace for myself, my family and friends and millions of people I don’t even know. 0

Here, it is stated clearly that Building 7 was in reality destroyed by controlled demolition and that this operation must have been carried out by people with unhindered access to the building. This can only mean people from the American government.

It should be noted that the NIST report is being redefined with a predetermined conclusion and that the petition goes far beyond what the Truth Movement has declared as its goal, namely a new investigation of the events on September 11. The petition will not await the results of such an investigation but jumps directly to the conclusion that Building 7 was destroyed by controlled demolition.

In effect, one can say that the Truth Movement wishes to put pressure on NIST to perform a new investigation by accusing NIST of fraud based on false claims but that the conclusion of the new investigation has already been decided upon.