Signs of explosives in FEMA report 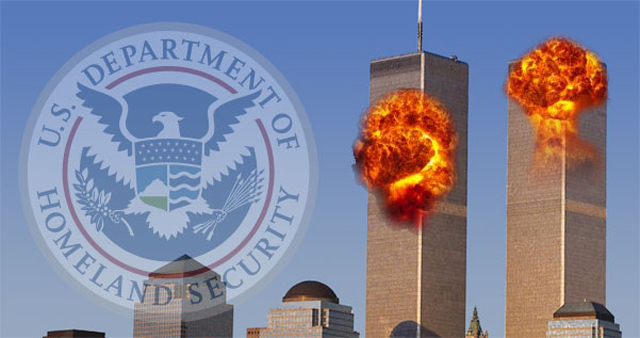 The FEMA report’s steel analyses show sulfidation, oxidation, and intergranular melting, which are signs of explosives0.

The claim can be found on a flyer handed out by members of the Danish Truth Movement i11time.dk0. The claim refers to a report by FEMA1. The scope of the terror attack resulted in FEMA being tasked to conduct a number of investigations of the events on September 11, 2001. The results of these investigations were published in a report in May 20022. The Truth Movement claims that in particular the findings of chemical sulfuric processes in the ruins from the collapsed buildings is very unusual and cannot be explained as anything else than evidence of explosives in the buildings. One of the substances claimed to have been placed in the buildings beforehand is nanothermite3, a particularly powerful version of the more widespread thermite, a powdery mix of different substances like aluminum, magnesia, calcium, titanium, zinc, silicon, and boron, all of which function as “fuel”, while substances like iron oxide, copper oxide, and chromium oxide function as oxidation. Thermite has many uses, one being welding railroad rails4. Nanothermite consists of, as indicated by its name, of the same substances, only the particles are far smaller from micrometer-sized (1/1000 mm) to nanometer-sized (1/1000000 mm), which causes the heat reaction to happen far quicker and with greater force. Nanothermite is claimed by Niels Harrit, a Danish retired chemistry professor, to be a secretly military invention:

“This is a photo of a laboratory experiment where a colleague of mine has tried to produce thermite using these nanotechnological methods that… because it is really military research, this, military material, but they also have to publish some reports once in a while, these scientists that make this.” Niels Harrit, lecture 5

FEMA was tasked to collate data and, based on these, come up with preliminary observations and suggestions to what happened to the buildings that were partly or completely destroyed:

This report presents observations, findings, and recommendations regarding the performance of buildings affected by the September 11 attacks on the WTC towers in New York City. This report also describes the structural and fire protection features of the affected buildings and their performance in response to the terrorist attacks. Due to the unprecedented nature, magnitude, and visibility of the terrorist attacks, this event is among the most well-documented in the media, particularly in terms of photographic images, lives affected, and the immeditate responses and ensuing sequence of events. An understanding of these events must include the performance of the buildings under extreme conditions beyond building code requirements. This includes determining the probable causes of collapse and identifying lessons to be learned. Recommendations are presented for more detailed engineering studies, to complete the assessments and to reproduce improved guidance for building design and performance evaluation tools.6

The FEMA report neither mentions or concludes anything about explosives, thermite, or nanothermite. FEMA points to findings in the ruins of the Twin Towers of some parts of the Twin Towers’ steel construction that had rusted in an unusual way. FEMA conducted a limited metallurgic investigation of a couple of samples taken from the unusual rusted parts. FEMA summarizes but does not conclude finally that the unusual occurrence of rust caused the steel construction noticeably to thin. The rust is caused by high temperatures and a combination of oxidation and sulfidation. FEMA cannot account for the prescense of sulphur or the cause of the unusual and powerful rust process but adds that it could possibly be a consequence of prolonged heat in the ruins after the collapse of the buildings. It is also possible that the phenomenon began before the collapse. FEMA ends by referring to additional and more detailed investigations that need to clarify, if existing steel constructions risk the same powerful rust process in case of a prolonged fire7. Following this, NIST has in their own investigation concluded that the substances that make up thermite were already present in the building materials of the Twin Towers, specifically that sulphur was already present in the gypsum walls that functioned as room separators within the buildings:

Analysis of the WTC steel for the elements in termite/thermate would not necessarily have been conclusive. The metal compounds also would have been present in the construction materials making up the WTC towers, and sulfur is present in the gypsum wallboard that was prevalent in the interior partitions. 8

The claim is deliberately misleading, since the Truth Movement selectively chooses to interpret FEMA’s report, which is preliminary and ignores the later and more comprehensive report from NIST. This way, it looks as if FEMA has found suspicious signs of explosives, when they cannot explain the powerful rust processes, while in reality FEMA (and NIST) tries to learn from experience, what can happen with big steel buildings when on fire. The claim is self-contradicting and manipulative when it comes the sources of the claim, because the Truth Movement at the same time tries to undermine the credibility of FEMA:

“What is the Federal Emergency Management Agency? Simply put, it is the “secret government”. This agency has powers and authority that go well beyond any other agency in the nation. What can FEMA do? It can suspend laws. It can move entire populations. It can arrest and detain citizens without a warrant and can hold them without a trial. It can seize property, food supplies, and transportation systems. And it can even suspend the Constitution of the United States.” Freedom Files: FEMA’s 911 Concentration Camps

“Therefore it is important to expose the NIST/FEMA reports for what they are: sham cover-ups not worth the paper they are printed on…” The Daily Paul: Putting the NIST/FEMA 911 Reports to Bed Once and for All

“The Big FEMA Lie: The Towers Had A Concrete Core” AboveTopSecret.com forum

Put another way, if the Truth Movement does not believe a word FEMA says, why is it suddenly believed that FEMA is correct about one point (formation of rust and the sulphur), when FEMA itself is unsure of what caused it? If FEMA really was part of a conspiracy behind the events of the terror attack, it would attract unnecessary attention to produce a report that was open for interpretation or hinted at suspicious things.