There were several power cuts and a flurry professionals in the buildings with cables etc. in the weeks leading up to 9/110.

The claim is taken from a flyer handed out by the Danish Truth Movement i11time.dk and points to a conspiracy having faked a widespread power cut in order to be able to send a lot of people into the buildings to place explosives without being caught. 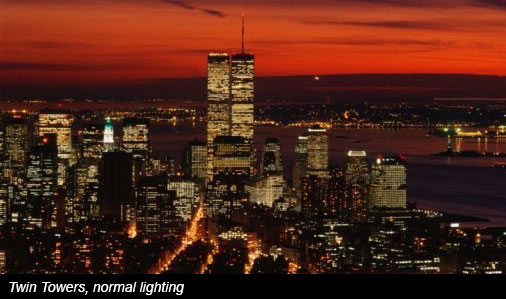 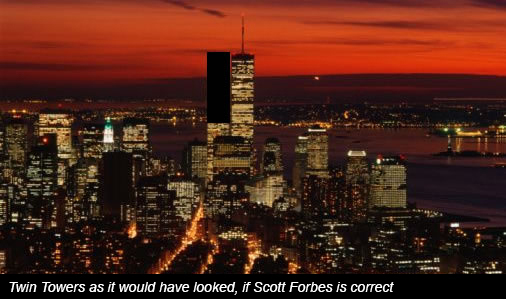 There will always be some form of renovation and maintenance going on in huge buildings. Since the Twin Towers were primarily office buildings for major companies, these would suffer financial losses from not being able to keep normal working hours. Even if it would take place over one weekend, there would still be a lot of people at work. That is why a fair warning is given even for minor power cuts, so everybody knows what goes on. If the power cut was unexpected, it would certainly have caused a chaotic situation on the following Monday, September 10 2001: Computer systems, servers, refrigerators, vending machines, and other electronic equipment cannot be turned off unexpectedly without any consequences. Yet, nobody reported any irregularities of any kind, be it employees or the media, either before or after the terror attack.

It is possible that there could have been a power cut on the 97th floor, where Scott Forbes was, but that the whole top half of the World Trade Center 2 should have been blacked out without any of the millions of witnesses in New York, among those the thousands in the buildings themselves, did not notice anything, is quite implausible. Two days of power cut in the World Trade Center 2 would not have been enough time to place the many tons of explosives. A power cut does not prevent that witnesses would spot the many trucks and workmen required to place such an enormous quantity of explosives required to blow up just one of the towers. These witnesses simply do not exist. It is self-contradicting that there is no claim about a similar power cut in the World Trade Center 1 which also collapsed. If power cuts played a role in the attack on one tower, it should also play a role in the attack on the other. It is implausible that the World Trade Center 1 and 2 would not have been photographed when the power was down. This alone must be seen as a final piece of evidence that Scott Forbes’ claim is false.