Steel sections, weighing tons, fly circa 150 meters horizontally with a velocity of more than 180 km/h.0 A similar claim may also be found on NielsHarrit.org:

Photo of 4 ton steel ejected 600 feet (3628 kg flew horizontally 182 meters) from the World Trade Center North Tower, along with concrete dust, at approximately 55 miles per hour (88 kilometers per hour) with enough force to embed beams in neighboring buildings like pushing an automobile 2 football fields within 10 seconds1

Both variants of the claim points to the World Trade Center 1 and 2 didn’t collapse due to fires and structural damages from the impacts of the hijacked passenger planes. Instead, explosives were placed in the buildings and later detonated, causing them to collapse. Steel sections, weighing many tons, being ejected with enormous force from the buildings should thus be evidence of how powerful these explosives were.

Physics If the claim is considered based on the figures given, and not the language used, there is nothing unusual going on. An object, ejected horizontally at a velocity of 180 km/h, can move (in a parabola) over a distance of 150 meters from start to end, if it is ejected from a height of 44 meters above ground. If ejected from higher up, it can move even further. This is a natural consequence of the classical mechanical laws described by, and named after, Sir Isaac Newton. The available energy determines if the movement can take place or not. A heavy object requires more energy than a lighter object, in order to achieve the same velocity and thus travel the same distance. But the claim says nothing about the amount of energy that is or is not present when the heavy steel sections are ejected. One calculation, by Frank R. Greening, Department of Civil and Environmental Engineering, Northwestern University, Illinois, show how much energy was released by the collapse of the World Trade Center 1 and 2: 10^12 (1 trillion) Joule per tower, or 200 tons TNT.2,3 In comparison, the Truth Movement and Niels Harrit claim that there must have been between 10-100 tons of TNT in the towers, which, according to the claim, would explain how the heavy steel sections could hit the adjacent buildings. In other words, there is more than enough energy, at least twice the need, in the towers when collapsing without explosives to eject heavy steel sections into the adjacent buildings, as is demonstrated in videos of Ground Zero. World Trade Center 1 World Trade Center 2 There are no witnesses or video recordings that point to sonic booms or flashes of light from explosives immediately prior to, or during, the collapse of the Twin Towers. Semantics Semantically, if the phrase “fly horizontally” is taken literally, the claim is in conflict with Newton’s Laws, which are the basis for classical mechanics. A given object here on Earth can not travel 150 meters horizontally at 180 km/h, or 182 meters horizontally at 88 km/h. If the object travels at 180 km/h it will fall over time and distance due to gravity, and does not travel horizontally but in a falling arch, or parabola4. If the object is to travel 150 meters horizontally, the velocity must be far greater than 180 km/h. A completely horizontal movement would require that the object’s velocity to be so high that it would leave Earth and shoot directly into space. Even if “horizontally” means “a minimal drop of 10 cm”, it would mean that the object would have to travel at a speed of 1,051 m/s or 3,784 km/h. This is faster than the fastest aircraft ever constructed, the SR-71 Blackbird, which has a maximum velocity of just over 3,530 km/h, or Mach 3.3. This velocity can only be reached at very high altitudes. At close to sea level, such velocities would result in shockwaves that in no way would have gone unnoticed5. 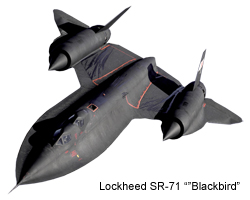 NielsHarrit.org The similar claim on NielsHarrit.org is also problematic. An object traveling at 88 km/h (24.4 m/s) will not travel horizontally 182 meters but drop all of 272 meters over that distance in a parabola. The comparison included in this claim about the equivalence of pushing a car (which, according to Niels Harrit.org, would weigh the same as a steel beam of 3.6 tons) the distance of 2 football fields in 10 seconds. However, weight has no influence on an object’s trajectory. A massive object of 4 grams would have the same trajectory as a massive object of 4 tons, both being ejected at a speed of 88 km/h, and would land in the same spot. The determining factor for the distance is the energy that is used to move the object.

At best, the claim is merely a confirmation of existing natural laws, and points to nothing suspicious going on. That this normality is made to look as something suspicious merely underlines how pseudoscientific the claim is. At worst, the claim – specifically “fly horizontally” – should be taken quite literally and is thus in conflict with the laws of nature, since not even the most powerful explosives would be able to send objects into a horizontal trajectory. The central problem with the phrase “fly horizontally” is that it gives the impression of being a constant movement at the same altitude, as if it were a plane or a missile. This would be manipulative given the circumstances. A few meters drop over a distance of 150 meters could perhaps be understood as “horizontally”, but if “horizontally” changes to “not 100% horizontally” or even “a drop of 44 meters over a distance of 150 meters), how far a drop should we accept, before it becomes an absurd word-game where concepts lose their meaning and confusion not only becomes complete but intended? There is, however, one specific situation where an object can move horizontally (in a straight line) at 180 km/h and that is in outer space, far from Earth’s gravity field. This is not the case here. A quant self-contradiction arises from this particular claim: On one hand, it is categorically stated by the Truth Movement that steel sections, weighing many tons, fly horizontally at velocities at 180 km/h and 88 km/h at altitudes of 150-182 meters, and on the other that the World Trade Center 7 was not seriously damaged by debris from the World Trade Center 1 because the distance between the two buildings were 100 meters which should, according to the Truth Movement, be too far from each other for the debris to reach the World Trade Center 7.