Flight 93 was shot down

The claim is supported with the argument that the crash site does not look like a plane crash site. There are too few and too small pieces of debris. For comparison, other, even violent, crash sites are used, where easily recognizable plane parts were found.

Some officials have suggested that wind scattered the debris once on the ground but wind certainly couldn’t have blown a one-ton engine a half-mile.1

The wide displacement of the plane’s debris, one explanation for which might be an explosion of some sort aboard prior to the crash. Letters — Flight 93 was carrying 7,500 pounds of mail to California — and other papers from the plane were found eight miles (13 km) away from the scene of the crash. A sector of one engine weighing one ton was found 2,000 yards away. This was the single heaviest piece recovered from the crash, and the biggest, apart from a piece of fuselage the size of a dining-room table. The rest of the plane, consistent with an impact calculated to have occurred at 500 mph, disintegrated into pieces no bigger than two inches long. Other remains of the plane were found two miles away near a town called Indian Lake. All of these facts, widely disseminated, were confirmed by the coroner Wally Miller.2

Other planes in the area

Also, there was one brief report on CBS television before the crash that two F-16 fighters were tailing Flight 93.4

In February 2004, a retired colonel, Donn de Grand-Pre, says that he knows the pilot, major Rick Gibney, who has shot down the plane with two Sidewinder missiles fired from his F-16.

No, that was hit at 10:00 hours. It was taken out by the North Dakota Air Guard. I know the pilot who fired those two missiles to take down 93.5

Phone calls made by some of the passengers are regarded as so mysterious that they don’t fit the picture of a hijacked plane. They were all, except one, very brief, despite some passengers making repeat calls later.

Edward Felt made a phone call and said that he had seen white smoke and heard something that could have been an explosion a couple of minutes before the plane crashed6.

The call that took the longest to make was made by Todd Beamer. Beamer, whose wife was pregnant, spoke for 13 minutes with Lisa Jefferson, a phone supervisor who worked at Verizon7.

A number of sources point to the crash time happening 3 minutes later than what is claimed by the authorities. The sources are seismological readings and news reports. The delay was to hide the real moment the plane was shot down8.

Flight 93 was deliberately crashed by the hijackers.

The plane took off from Newark airport in New Jersey at 08:42 local time. About 45 minutes after, the hijackers took control of the plane, turning it around on their way to Washington D.C. The passengers began to call their families and authorities to inform them of the hijacking. It was during these calls that the passengers became aware of other planes having been hijacked and flown into the World Trade Center. Realizing that they were facing the same destiny, some of the passengers decided to try to take back control of the plane, by hoping to overpower the hijackers. Before they could succeed, the hijackers became aware of this and decided to crash the plane, almost vertically into the ground9. 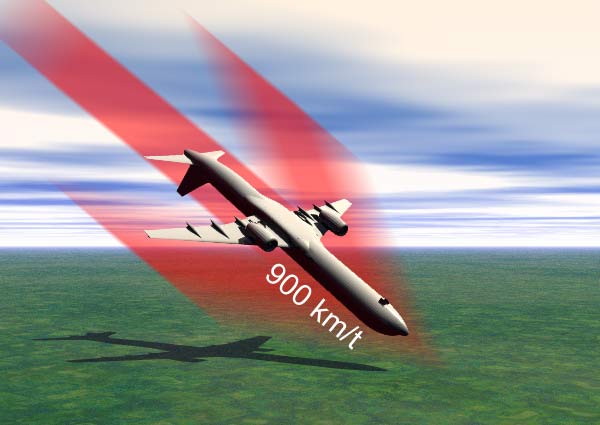 In their March 2005 issue, Popular Mechanics investigated the key conspiracy theories about the terror attack on September 11 2001.

The plane hit the ground at a speed of about 900 km/h. As can be expected, debris from the plane was thrown far and wide in the direction of the plane’s path. Most of the debris was found close to the crater. Some lighter material, such as paper and nylon, was not surprisingly found up to 13 km from the crater.

A part of one of the engines was found, not 1.8 km, but almost 300 meters from the crater. It was a fan blade and it didn’t weigh a ton. The fan blade was found south of the crater which means it must have been thrown in the direction of the plane after the plane had hit the ground. This is consistent with the explanation that the plane hit the ground while it was intact.

If the engine had been separated from the plane, in case the plane was hit by a missile, the engine would have fallen more vertically to the ground and thus be found before the crash site, since the plane would still have wings and the other engine to delay the moment of crash.

The flight data recorder was found on September 13. The cockpit voice recorder was found the next day, having buried itself a whopping eight meters into the ground which says a lot about the forces the plane was subjected to during the crash.

All human remains were found in an area stretching about 0.28 km2, or about 500 m x 500 m. The largest body part was a couple of spine cords. All those aboard have been identified10.

Very few plane crashes happen at that speed but this example of a test plane hitting a wall gives an impression of the destructive forces at play.

Other planes in the area

This claim was also investigated by Popular Mechanics. Colonen Rick Gibney declined to comment but according to a spokesperson from the Air National Guard, Sgt. David Somdahl, Gibney was flying an F-16 that morning. However, he was far from the crash site. He had taken off from Fargo, North Dakota, on that morning to take Ed Jacoby Jr., the manager of the New York State Emergency Management Office, from Bozeman, Montana, to Albany, New York. Jacoby would be coordinating the effort of the 17,000 rescue people assigned to meet the need for emergency aid. Ed Jacoby has confirmed what Somdahl said. 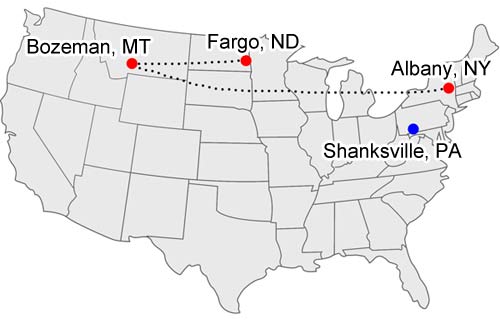 Popular Mechanics could also verify that the plane that had been seen in the area was not a fighter jet but a Dassault Falcon 20, a business jet, owned by the VF Corporation of Greensboro, N.C. The plane was on its way to Johnstown-Cambria airport about 30 km north of Shanksville at an altitude of 3-4,000 feet, when it was contacted by the air traffic control and asked to look at the area where Flight 93 had crashed. The pilot identified the crater and informed the authorities10.

It is uncertain if Edward Felt spoke of white smoke and something that resembled an explosion. When Felt’s brother had heard the recording while questioned by the FBI, he did not hear his brother say anyhing about smoke or explosions. John Shaw, who received Edward Felt’s call, also denies the story11.

If Edward Felt did describe smoke and an explosion, it speaks against the plane being shot down, since a missile would have blown a hole in the plane, immediately resulting in a pressure drop. The phone call took place at 09:58 local time, a full five minutes before the crash at 10:03. The plane would not have been able to stay up for that long, if it had been hit by a missile. Felt may have seen steam from boiling water which, according to other phone calls, were being prepared by the crew members to be used against the hijackers. The bang probably was caused by a food trolley being used as a battering ram against the cockpit door.

At the time of Edward Felt’s call, the plane was at 6,000 feet altitude, but went up to 10,000 feet immediately after, which contradicts the theory that the plane at that time should have been hit by a missile. If so, the plane should have begun to fall at once12.

Todd Beamer spoke with Lisa Jefferson for about 13 minutes. She offered to redirect his call to his wife but he declined since she was pregnant and he didn’t want to upset her.

A different time of crash

It is correct that the exact time of crash is a bit uncertain. Seismological readings indicate that it happened at 10:06, while all other recordings, from the CVR (Cockpit Voice Recorder), the FDR (Flight Data Recorder), the ATC (Air Traffic Control), and radars all point to 10:03 as the time of crash.

The FBI has later received a statement from seismologist Won-Young Kim. He clarifies that the signal/noise ratios in the seismic readings are not definitive. The FBI has, unfortunately, decided against publicizing the statement, which, naturally, weakens this partial explanation13.

On the other hand, it must be far easier to manipulate the other timings than to admit that the various sources are not quite in agreement, time-wise. That would also prevent any doubt and suspicions.

If the plane had been hit by a missile, there would have been bigger body parts and even whole bodies. This was not the case with Flight 93. When Pan Am Flight 103 exploded over the Scottish town of Lockerbie in 1988, many bodies of passengers were found whole on the ground. There is even some indication that one of the people aboard was alive after the crash but died immediately after14.

If Edward Felt reports an explosion five minutes before the crash, it would be in conflict with another part of the claim, namely that the time of the crash should have been three minutes later than what the authorities say. This means that the plane should have been in the air eight minutes after being hit by a missile.

It is surprising that a shoot-down of Flight 93 is used as an argument in favor of an inside job: