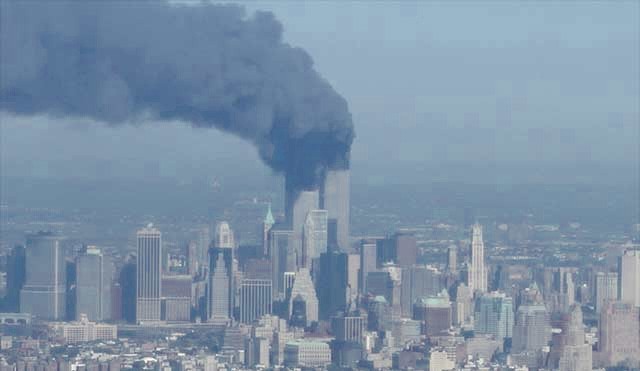 The tragedy of September 11, 2001, is still ever present in our memory. Nineteen members of the Islamic-fundamentalist terror group, al Qaeda, hijacked four passenger planes, in a terror attack strategically aimed at the heart of the vital infrastructure of the United States of America, killing close to 3,000 people in a religious frenzy.

Immediately after the attack, a grassroot movement sprung up, naming itself the Truth Movement. The movement has over the years made many speculative claims and theories about the tragic event.

The movement has no centralized organization, but consists of many groups with different arguments and claims. The groups are often very hostile to each other, and to critics in particular.

The movement does share one common belief, that the official account is a deliberate deception. The movement thus aims to reveal what the movement considers the true story behind the terror attack. The primary claim is that it was not Osama bin Laden and al Qaeda who orchestrated the terror attack, but instead the government of the United States of America. It was the government which planned all the events, attacking its own population, deliberately killing thousands of civilians, fire fighters, police officers, secret agents and destroyed whole financial companies, central secret service departments, archives, etc.

The movement does not merely points to the government as the sole culprit. Behind the government is a secret, powerful elite, consisting of political leaders, financial tycoons, and other individuals with great power. The goal is supposedly to ensure the so-called New World Order, an apocalyptic total control of the entire world, politically, economically, and mentally.

The participants in this conspiracy is usually identified as the Bush family, the economic and political elite, the media, the Freemasons, the Illuminati, the Catholic Church, the Rosencreutzers, the British royal family, Hitler, the Jews, the reptilians, the aliens, and – not surprisingly – all critics of the Truth Movement.

These claims have caused a lot of debate in most countries, and, as a result, have caused a relatively large part of the population around the world to share the movement’s belief in a huge conspiracy.

911facts.dk has been included as a source in the Ministry of Education’s list of mandatory history subjects for primary and lower secondary education in Denmark. The editors appear regularly as experts on conspiracy theories in printed media, and on the radio and television.

911facts.dk is an independent medium, aiming to investigate the core claims, and conclude if the claims are correct or not. The aim is also to shine a light on the methods and goals of the Danish part of the Truth Movement, and what the consequences are. 911facts.dk is written and edited by independent editors.

Claus Larsen has an IT-background, has been a skeptic for many years, and is an internationally recognized writer, e.g. for Skeptica, the network of independent skeptics in Denmark. Claus Larsen lived and was present in New York on September 11th 2001.

Steen Svanholm is a certified teacher and a part time musician and writer. He has noted that conspiracy theories are especially popular with artists. His guess is that artists are used to having a professionally naive open mindedness about the world as such. While great for artistic expression, it is bad for understanding reality.